It’s a Wikipedia entry that will never be edited, locked, or updated. A gigantic copy of the Wikipedia page for the Magna Carta has been transformed into a unique art exhibition to celebrate 800 years of the document considered the “foundation of the British constitution”. What’s more, 200 people have contributed to the artwork, including famous musicians. The real-life Wikipedia article - which measures 13 meters - has been printed onto a fabric divided into 87 different sections.

The piece of art was conceived by the British artist Cornelia Parker (shortlisted for the Turner Prize in 1997), who took a screenshot of the Wikipedia page last year. Describing the encyclopedia as a “kind of embroidery” where “anyone can add their bit”, Parker wanted to immortalize the article forever. The majority of the text on the artwork was sewn by prisoners, whilst The Embroiderers’ Guild hand-crafted the intricate pictures and details. Then there were the scores of celebrities and high-profile figures who contributed to the project, including Brian Eno, Germaine Greer, the Pulp frontman Jarvis Cocker, and Julian Assange - who might know a thing or two about Wikis himself.

“Magna Carta (An Embroidery)” is believed to be the first Wikipedia article to be immortalized in this way. However, the concept of accessing Wikipedia offline has become increasingly popular in recent years, and could bring users a wealth of benefits. Just like Parker’s artwork, you don’t have to worry about a Wikipedia article being updated when viewing offline. An app will often capture the last edit of the article - avoiding vandalism and changes that can result when a recent event happens. But that’s not all. Here are some of the benefits of accessing Wikipedia offline:

Want to read up on your favorite topics when you don’t have an internet connection? No problem. By using a Wikipedia offline app, you can access information on your iPad or iPhone without having to connect to the net - ideal when on an airplane or area of the country where you have limited connectivity.

Save on data charges

By downloading a Wikipedia offline app, you won’t have to keep on connecting to the internet every time you want to access the encyclopedia. You’ll be able to save on data charges and view Wikipedia as many times as like - without having to wait for pages to load. It’s also a lot quicker than having to wait to connect to WiFi services in your area. If you need a piece of information for a school or work project, just open the app and search - it’s that simple.

Using a Wikipedia offline app will let you view articles on your iPad or iPhone screen. The pages will be adapted for your device, so you won’t have to pinch the screen to zoom.

“Magna Carta (An Embroidery)” will go on display at the British Library, London, from May 15 to July 24. 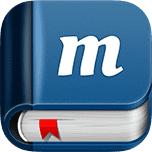 Minipedia is a fast and simple way to access Wikipedia® articles using your iPhone, iPad or Android device without a network connection.

Requires iOS 6.0 or later. Compatible with iPhone, iPad, and iPod touch. This app is optimized for iPhone 5.